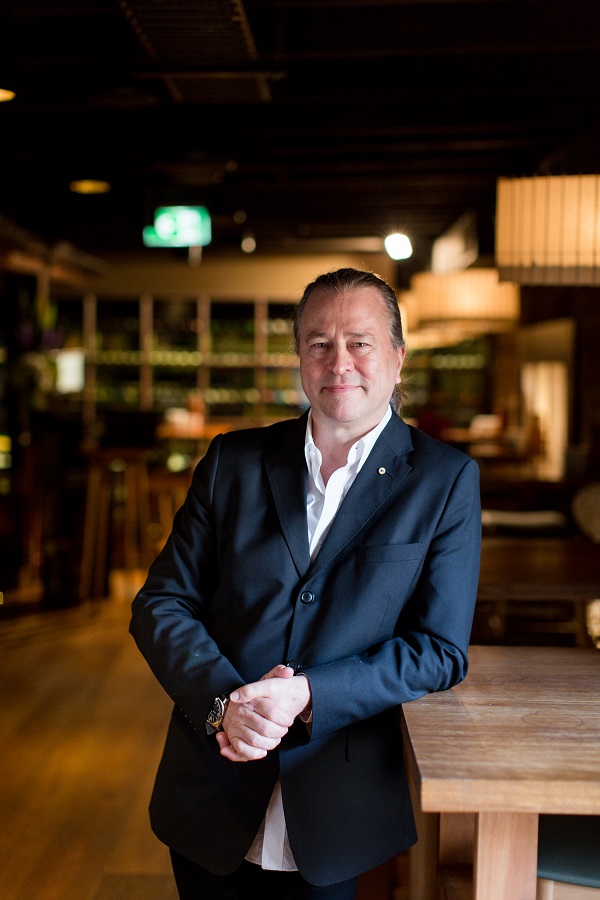 Neil Perry is one of Australia’s leading and most influential chefs and is founder of the successful “Rockpool” Empire.

Neil’s career in hospitality began at Sails restaurant at McMahons Point and in Rose Bay, starting at front house – Neil’s love of great food saw him quickly move backstage. By the time he was 24, he found himself gravitating towards the kitchen and realised his passion for cooking by working with, and learning from over the ensuing years, chefs such as Damien Pignolet, Gay Bilson, Stephanie Alexander, Steve Manfredi and David Thompson

Neil opened Rockpool in February 1989 with his partner Trish Richards, which has developed into a world class restaurant, winning many awards both here and overseas. In October 2006, Neil made his first foray interstate, opening Rockpool Bar and Grill in the Crown Complex in Melbourne.

In early 2009, Neil opened Spice Temple in Sydney, followed shortly after by Rockpool Bar & Grill Sydney. Neil’s passion and the importance he places on quality produce is evident in all his dishes and the business projects he undertakes. Rockpool is a past recipient of The Sydney Morning Herald’s Good Food Guide Restaurant of the Year award, Australian Gourmet Traveller Restaurant of the Year and was voted in the top 50 restaurants in the world by ‘UK magazine ‘Restaurant’ seven years running

Today, Rockpool Dining Group is Australia’s leading restaurant group, featuring a best in category portfolio of premium, casual and fast-casual brands across the country. The group has over 80 award-winning restaurants and bars, revenues of $400 million and employs more than 3000 staff across Australia.

Neil Perry is a partner in the HelpOutHospo movement, his videos are available for purchase by clicking this link with all profits going to support stood-down workers from Grant’s catering business.